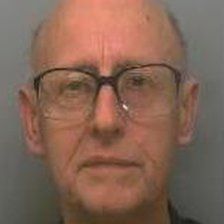 A monk who taught at a Roman Catholic school in Somerset has been jailed for five years for child sex offences. Richard David White taught at Downside School in the 1980s.
White, 66, pleaded guilty to five counts of indecent assault and two of gross indecency with a boy at a previous hearing last November. He asked that four offences against another boy, who has never complained to police, also be taken into account. White, of Hyde, Fordingbridge, Hampshire was sentenced at Taunton Crown Court. The offences took place in the 1980s when he taught at Downside School in Stratton-on-the-Fosse. The court heard that White was warned about his behaviour after molesting one 12-year-old boy but, instead of being reported to police, the Benedictine abbot of the monastery, which is attached to the school, simply prevented him from teaching younger students. He went on to indecently assault a second boy - the one he was charged with assaulting - over the course of several months while he was aged 12 and 13.
Sentencing White, Judge Graham Hume Jones said: "You targeted this complainant and took advantage of his interest in old books and maps, you gave him access to the monastery library which is not normally open to pupils to indulge in your own sexual gratification." White groomed the victim by giving him small sums of money. The judge said he acknowledged there was no evidence to show he committed any further offences beyond 1989. One of his victims who attended court said it was an "appropriate" sentence and would highlight to Downside School "the risks of religious orders running educational establishments without the necessary safety nets". He called for an apology from the Roman Catholic Church which runs the school. The Abbott for Downside School said: "Our first thoughts are for those who were abused as children. "Being conscious that the care of children is our paramount concern as educators, we are truly sorry that any child should have been abused at Downside." He added that White has lived under restrictions since 1998 and has been withdrawn from active ministry.

Those who were abused by Richard White may have rise to a civil claim for damages.

If you, or a loved one, have been affected by sexual abuse, please do not hesitate to contact our team of experienced lawyers who will be happy to speak to you about whether it may be possible to bring an abuse claim.

Charles has considerable specialist experience in pursuing claims for compensation for those who have been abused in childhood. His specific expertise means that he is recognised locally, nationally and internationally for his work which has taken him all over the world including, USA, Australia and New Zealand.

He is also recognised for his significant involvement in the high profile litigation against St Georges School (Anglemoss Limited) and Cyntwell High School. These cases involved a staggering number of individuals who pursued those responsible whom despite heavily defending the claims brought against them settled by way of out of court settlements.

Charles regularly features in local and national press and he is often asked to provide his professional opinion and commentary on relevant abuse law issues and developments on radio and television broadcasts. Such broadcasts include BBC South Today, BBC Wales, ITV and ITN News.

Charles is a member of the Association of Child Abuse Lawyers.

Charles obtained his Law degree at Kingston University, before successfully completing his Legal Practice Course. He trained and qualified with Verisona Law beginning his specialism in the field of child abuse claims. He received his higher rights of Audience in 2012 making him one of the youngest Solicitor-Advocates in the country who is able to represent his clients in the High Court. Charles is head of the abuse team who collectively have secured compensation for hundreds of victims of abuse.

He began diversifying in to other aspects of abuse law and his team are one of the very few in the country who specialise in claims against social services.

He is involved in complex group action litigation and also represents a number of individuals and who are pursuing private companies, local authorities and perpetrators in pursuit of their justice.

Charles has strong contacts with some of the most prominent barristers who advise on abuse claims including a number of QC’s. He also has robust connections with highly qualified expert witnesses he instructs in support of those who he represents.