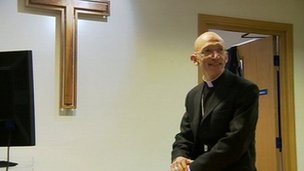 The Bishop of Chichester has said he is “profoundly ashamed” the Sussex church failed to protect children from abuse.

Dr Martin Warner, who has led the diocese since May, said apology was “too light a word” and the organisation needed to register “our shame”.

He said it needed to do everything in its power to stop it happening again.

His comments came after a report found a “profoundly negative culture” within the Diocese of Chichester led to two decades of child protection failures.

The inquiry by the Archbishop of Canterbury's office said “fresh and disturbing” aspects of the way abuse claims were handled keep surfacing.

Lambeth Palace has said it will now oversee clergy appointments and child protection matters in Sussex.

Dr Warner told BBC Sussex: “I think as a Christian and as a minister of the gospel I have been profoundly ashamed that the church, and all of us have to take responsibility for this, has failed so, so signally in the care, proper care, of people in its charge.

“We have to register with them and for them our shame, apology is too light a word almost for that, and to recognise that there is a massive imperative on us now to ensure that we do everything we can in our power to prevent this happening in the future.”

He agreed with the report that there was “dysfuntionality” in the structure of the Diocese of Chichester and said the bishops all needed to work together better.

Dr Warner also said that new checks for clergy would stop anything similar happening again, adding: “I believe that they [children], in this diocese, they are going to be safer now than they ever have been. 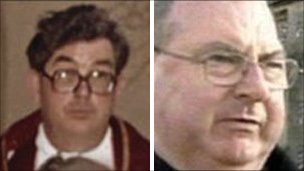 “The benchmark has been very low, [but] it has been raised very, very swiftly and dramatically over the last couple of years or so, which again is something the archbishop recognised in terms of work that has been done.

“But one of the things I think I do want to emphasise [is] the strength of determination throughout the diocese, with our officers and in terms of implementation, that mean that it is unsafe, unsafe for anyone to think that children can be abused here and that that would not come to light and be dealt with.”

The report by Archbishop of Canterbury Dr Rowan Williams's office is believed to be the first of its kind in the Church of England for more than a century.

Lambeth Palace's interim report followed one by Baroness Butler-Sloss last May which found there had been “a lack of understanding of the seriousness of historic child abuse”.

The Church of England appointed her to examine how senior clergy dealt with historical claims of abuse.

It looked at the cases of Roy Cotton and Colin Pritchard, who abused children in the 1970s and 1980s.

This year three former Church of England priests in the diocese have been charged with sexual offences against children.

Lisa has specialised in childhood abuse and social care negligence for the last 8 years and has extensive experience in relation to civil abuse litigation, CICA claim maximisation and Redress Scheme claims. She offers a sympathetic and professional approach to her clients’ problems and advises on funding options (including insurance and Conditional Fee Agreements.)

Since 2018 she has travelled around the country to see clients who were failed by Lambeth Council during their childhood in order to collate evidence for submission to the Lambeth Children’s Home Compensation Scheme. Lisa’s style of working is tailored to providing emotional support whilst applying the specialist legal expertise required to ensure her client’s have the best evidence for making a successful claim.

Lisa is able to access key psychiatric and social care experts to obtain evidence and therapy recommendations for clients. She can direct clients to treatment providers if required. Often such treatment costs can be claimed as part of the compensation process. This is a priority to ensure her clients have the best opportunity to make positive steps into the future. Lisa excels in applying questions to psychiatric experts to clarify and ensure they have a deeper understanding of the case issues where required. She is also experienced in negotiation to maximise outcome according to specific scheme terms.

For the last year and half, Lisa has been leading the firm’s participation in the National Abuse Inquiry specifically relating to the IICSA Lambeth investigation acting on behalf of 6 core participants. Such work involved the preparation of core participant applications, section 40 funding applications, detailed consideration of social care record evidence, witness statements preparation, attending preliminary hearings for consideration on the extent of other key party involvement, detailed work on documentary disclosure evidence from the council, police and other core participants to identify deep seated failings within the past care and policing systems, cross referencing, and work with counsel on composing Rule 10 questioning of corporate and police witnesses giving evidence at the IICSA Lambeth hearing. Lisa also accompanied a key core participant giving evidence to the IICSA hearing providing support and understanding to ensure her client’s evidence was sensitively taken into account when the panel make recommendations to protect children in the future. Questions were raised on the effectiveness of the current Serious Case Review system and how this has been operating within police and council’s across the country, something which has also been identified whilst working on specific civil cases. The hope is that improvements in the child protection mechanisms can ensure the safety of children in future.

Lisa also specialises in CICA claims, an area of work which has increased significantly following the lifting of the pre 1979 same home abuse rule which facilitated many victims being able to finally achieve justice relating to serious childhood abuse.

Her extensive knowledge of the Civil Procedure Rules, skills in evidence gathering and analysis of liability and causation, and experience in risk assessment and settlement negotiation make her a valuable asset to clients and colleagues alike.

Lisa has more than 20 years’ experience of dealing with Personal Injury matters ranging from road traffic accidents to workplace injury and liability.

Lisa is fluent in German and Persian. She also has experience in Civil Litigation regarding Debt Recovery, Breach of Contract, and Insolvency Law

"Lovely, friendly, great people. Very understanding too and very good at what they do. Very happy with the result, many thanks again Lisa and everyone involved in my case."
Anonymous

"I would like to express my profound heartfelt gratitude to Lisa Gafarov for all her hard work and understanding when representing me. She fought passionately for my case for two years.

Within this time, never once did I feel it was about the money for her. She was very considerate and dealt with many personal matters in a caring and professional way. It was a very sensitive case but she put in a lot of hard work and went the extra mile each time. Her wide range of expertise was indispensable during this difficult time. Because of this I trusted all her advice and as a result, this took a lot of pressure off of me.

She managed to reach a very amicable conclusion between the defendants and myself. You don’t know how much your passion impacts the lives of others. For this I am forever grateful. I would recommend your firm a hundred times over."
Anonymous, April 2019

Lisa studied ‘Contract Law, European Law and Employment Law’ as part of her degree in BA (Hons) Business Administration. She has also studied other business subjects, including accounting.

Having completed her degree, Lisa started work for Verisona Law in November 1999 in the Personal Injury department as a Trainee Litigation Clerk and since then has developed extensive skills in relation to personal injury litigation and case preparation.